Whilst holidaying in Whitby this summer, Chris took his boat out one evening and, to his surprise and delight, came upon a pod of bottlenose dolphins.  The beautiful animals playfully jumped, swam and splashed in the water around them. For Chris and his wife, it was like a fabulous show! Of the experience, Chris later said on social media; “So lucky, came out the harbour and there they were!” 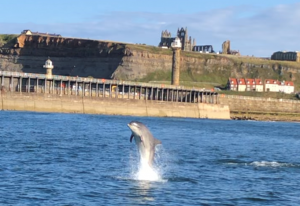 As to be expected, Chris took a number of photos and a short video of the dolphins in action.  He shared these online, and before he knew it local press and media were in touch! Chris Guy’s marine wildlife photography received thousands of likes on social media, as well as featuring in both local news, including The Scarborough News, and even attracted BBC attention!

New Guidance from the Legal Ombudsman on “Good Costs Service”